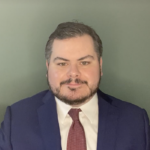 Following the October 26, 2021, announcement of a major cabinet reshuffle by Canada’s Prime Minister, Justin Trudeau, Michel Breau, Manager of Government and Community Relations, CDA, gives an overview of the upcoming changes and explains how they may impact the dental profession in Canada.

Parliament will return on November 22, 2021, with the election of a speaker and a Speech from the Throne, outlining the key government priorities for the coming session. In the meantime, here are the key takeaways from Mr. Breau’s analysis:

ENVIRONMENT AND THE ECONOMY

Government of Canada - House of Commons