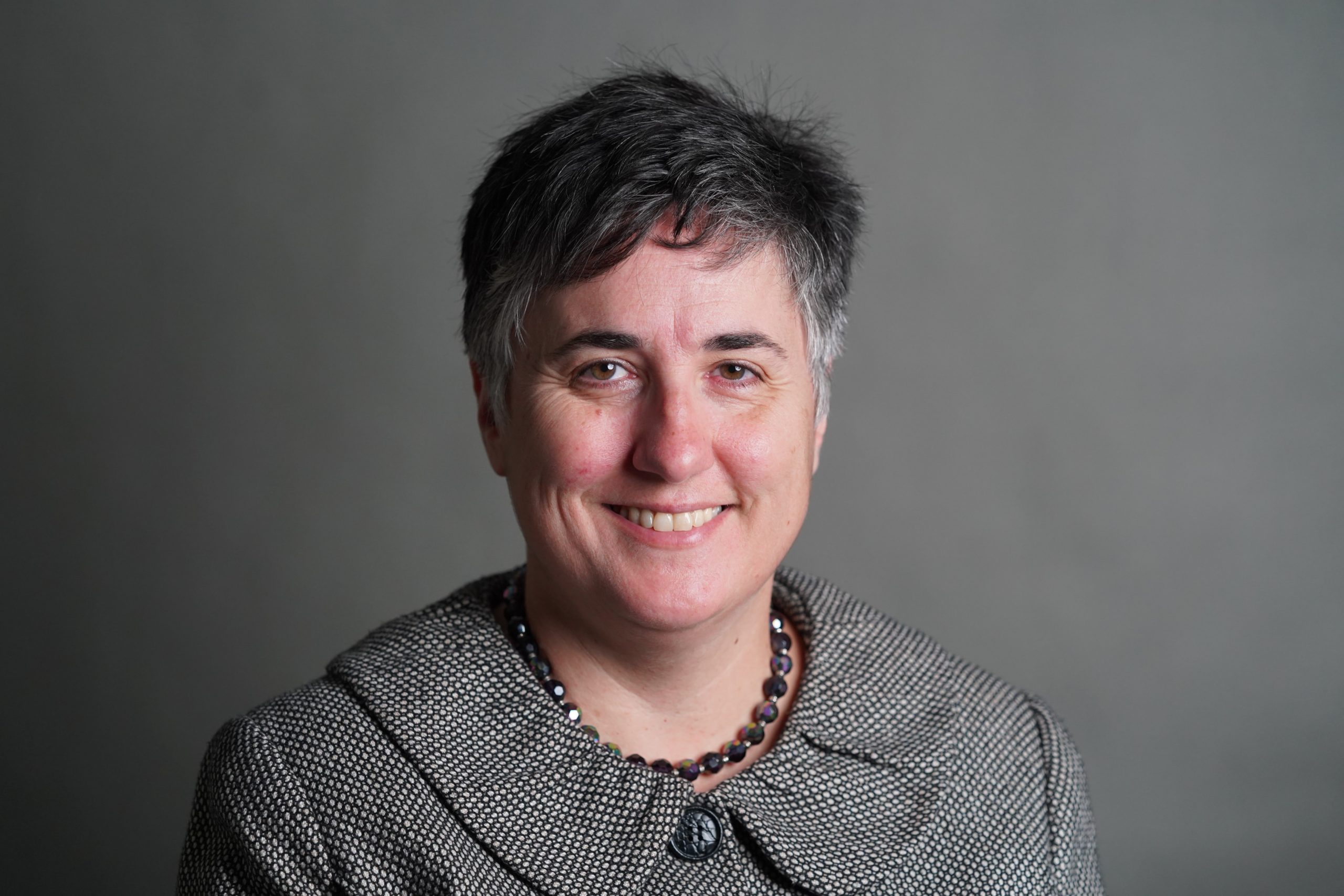 Dr. Lesia Waschuk on Going Back to Practice

In June of 1991, Dr. Lesia Waschuk walked out of the Faculty of Dentistry at the University of Toronto with her Doctor of Dental Surgery degree in her hand, the first step on what promised to be a lengthy career as a practicing dental professional. Just seven years later, she would make the career-changing decision to stop practicing and enter the world of organized dentistry as a part-time Monitoring Officer with the Royal College of Dental Surgeons of Ontario. Twenty-two years later, she decided she was going back to clinical practice. In summing up just how that feels, “in a word,” she says, “terrifying!”

Terrifying as it may be, it is clear from Dr. Waschuk’s poise that this is not a decision that has been taken lightly. Like everything else in her life and career to date, I get the impression that this move has been carefully thought through, down to every last detail.

As part of the first generation of an immigrant family in Canada, Dr. Waschuk says there was always pressure from her parents to go into a profession of some kind. Her father came as a child to North America by way of the displaced persons’ camp at Mittenwald following WWII, and became a mechanical engineer and later a mathematics teacher. Her mother was a practicing pharmacist who was accepted into medical school but turned it down because she felt it would compromise her commitment to being a mother.

“My parents counselled me to go into a health profession because they thought it would lead to a secure life and a meaningful life,” says Dr. Waschuk.

Like her mother, for a time Dr. Waschuk considered becoming a physician but then changed her mind in Grade 12 when the government banned extra billing under OHIP. “My decision was less about billing and more about the idea of governmental control,” she says. “Being from a family that had fled communism, government control was something to be feared. And part of the reason I wanted to be a health professional was so that I could control my own destiny.”

She opted for dentistry, assuming she would have a career as a private practice dentist. But soon after completing a dental internship, she found a position in a public health unit in North York providing care for socio-economically marginalized patients. This was a something of game-changing moment, a spark that would inform everything that was to come. “I fell in love with public health,” she says, “It started by taking a short-term contract as cover for a female dentist on maternity leave. I was proud to work there. We knew we were serving a population that would not otherwise be receiving dental care.”

Yet despite finding a meaningful niche for herself, Dr. Waschuk describes the early part of her career in dentistry as enormously stressful, a stress primarily brought about by her own misgivings about whether she could competently provide the entire scope of practice that was expected at her various workplaces at that time, coupled with an inability to manage the stress. It was an untenable situation, and when the stress started to get in the way of her doing a good enough job for her patients, she started looking for a way out.

Academically-minded and with a growing curiosity for education, Dr. Waschuk began to develop a keen interest in non-clinical work and set out to acquire the necessary skills. She volunteered on various working committees and took a business writing course. In 1998 she enrolled in a Master of Education program at the Ontario Institute for Studies in Education at the University of Toronto and continued teaching on the side, using her teaching evaluations as learning opportunities for reflective teaching practice.

When she finally made the move to organized dentistry in November of 1998, Dr. Waschuk hoped it was permanent. That it would be the first step on an upward career trajectory, with no intention to return to clinical practice. For 21 years she worked at the RCDSO in a variety of roles, including Monitoring Officer, Senior Practice Advisor, and finally Senior Educational Consultant, a position that involved teaching courses in dental recordkeeping and arranging for other instructors to give hands-on clinical courses.

But because Dr. Waschuk was not a clinician anymore, her teaching focus was restricted to diagnosis, treatment planning, and other non-clinical courses. Certain teaching opportunities were not available to her as a non-practicing dentist. It was apparent that if she was going to continue teaching in a clinical capacity, she needed to upskill. And so 21 years after her departure into organized dentistry, as fate would have it, she started to make her way back to clinical practice. “Part of it was confidence and part of it was conscientiousness,” she says. “An awareness that I had not practiced in so long that I was going to need to regain my full clinical competence if I was going to remain an effective clinical teacher. And that’s something I really wanted to do because I love teaching.”

Like any major career choice, the decision to go back to practice dentistry is complicated. There are many moving parts. Yet one senses that for Dr. Waschuk it all boils neatly down to that one simple yet powerful driver: the deep-rooted passion for community care that was sown during her early days of practice. “What’s the passion?” she asks. “Is the passion access to care, or is the passion dentistry?” For a moment it feels like she’s waiting for me to answer. No matter, I already know what her answer will be. “The passion for me is access to care,” she says, “and there are other ways that I can serve that aim. But it would help if I could practice as well, and do the procedures that are typically performed in community health settings.”

Having maintained her certificate of registration over the years, there is no regulatory impediment to Dr. Waschuk in returning to practice, but she still feels a strong ethical and moral imperative to regain her clinical competence. Having taught dental students and evaluated dentists, she is mindful of ensuring she meets the standards of practice. To this end, she has found both support and mentorship at Prep Doctors, a leading dental training and support services provider for internationally trained dentists where she currently works as a CE developer. Being surrounded by internationally trained dentists, many of whom have suffered significant hardship on their journey to Canada, has been something of an inspiration. “It is a community where the idea of returning to practice after an extended break is normalized,” she says. “And, as immigrants, they have far greater challenges than I do. I get inspiration from that.”

Dr. Waschuk has found a trusted mentor in Dr. Ban Fakhri, a Lecturer and Clinical Instructor at Prep Doctors who herself has been through the process of returning to practice. Getting critical feedback on preparations, being evaluated as if she was an ITD, and completing the equivalency process, though not a requirement, has been a critical part of the journey. Encouragement, collegiality, and the sharing of technical expertise are all contributing factors in a restored sense of confidence. “It was such a relief to have the feedback of a peer. Having conversations about what was working and what I needed to change. It wasn’t as bad as I thought it was going to be. I thought, I can do this!”

We’ve been talking for almost an hour now, but such is the scope of Dr. Waschuk’s story that it feels like we’re only getting started. But it’s late in the afternoon, so I go ahead and ask one last question:

If you could go back and start all over again, what would you do differently? Dr. Waschuk reflects briefly, before articulating her thought with characteristic precision.

“Knowing what I know about myself now, and about how few full-time employment possibilities there are for non-practicing dentists, I would have managed my stress and continued to practice dentistry in a reduced capacity. And in an environment that was better suited to my temperament and professional interests.”

And what advice would you give to other dentists who might find themselves in a similar position to yours?

“Reflect on the previous practice experiences and work environments where you felt most happy,” she says. “We have more choices that we think regarding where we end up. Capitalize on what you’re good at and ask for help. That means consulting with experts and seeking mentors and planning your continuing education. If I had done that in public health, maybe I would’ve stuck around for longer.”

Wise words. I’m no dentist, but I’ll take the free advice. Dr. Waschuk may have taken a winding path through her chosen profession, but it has brought her to a place of clarity all the same. What’s the passion? Dr. Lesia Waschuk is returning to practice, and this time it is on her terms. Organized dentistry’s loss will be community health’s gain. 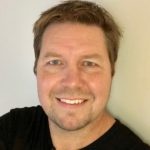