What are the microbeads used in toothpaste and are they safe? An Update 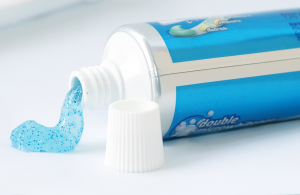 Following the Oasis Discussions post that was published on August 13, 2014, Procter and Gamble (P&G) announced the timelines to eliminate microbeads from their toothpastes. The American Dental Association (ADA) has also issued a statement regarding the validity of its seal on products that contain these microbeads.

Microbeads, also known as polyethylene, are commonly used as scrubbing beads in exfoliating products and are also used to impart color, like in chewing gum and toothpaste.

Why are microbeads in the toothpaste in the first place?

Microbeads were included in some of Crest’s toothpastes based on the positive feedback from people who use these products. Dental professionals will attest that enjoyable toothpastes generally promote longer brushing time and thus healthier outcomes. Based on the understanding that preferences change, P&G have begun removing microbeads from their toothpastes, and the majority of their product volume will be microbead-free by March 2015. They will complete the removal process and all Crest products will be microbead-free by March 2016.

Are Microbeads in All Crest Toothpastes?

No. Today, some of the most popular products do not contain microbeads including Crest Whitening + Scope, Crest Baking Soda Peroxide, Crest Cavity Protection, and Crest Tartar Protection Whitening. In those that do, we have begun removing them. In fact, the majority of the product volume will be microbead-free by March 2015. The removal process will be completed by March of 2016, well ahead of any state legislation targets.

Yes. The microbeads used in oral care applications are safe  and approved food additives. Years of clinical research show no evidence of particles persisting underneath the gumline or causing harm. The microbeads are an inactive ingredient and not associated with any health risk.

As affirmed by the American Dental Association, clinically relevant dental health studies do not indicate that the ADA Seal should be removed from toothpastes that contain polyethylene microbeads. Products with the ADA Seal have been independently evaluated for safety and effectiveness by the ADA Council on Scientific Affairs.

Why are P&G removing microbeads from toothpaste?

While the ingredient in question is completely safe P&G announced that they understand the growing preference to remove this ingredient.

Toothpastes that do NOT contain polyethylene microbeads

Like Loading...
Previous Article
Smart Sugar Use: A New Position Statement from the Heart and Stroke Foundation of Canada
Next Article
How are vertical root fractures managed?