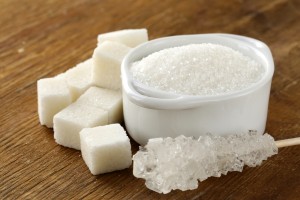 The World Health Organization (WHO) is launching a public consultation on its draft guideline on sugars intake. When finalized, the guideline will provide countries with recommendations on limiting the consumption of sugars to reduce public health problems like obesity and dental caries (commonly referred to as tooth decay).

The suggested limits on intake of sugars in the draft guideline apply to all monosaccharides (such as glucose, fructose) and disaccharides (such as sucrose or table sugar) that are added to food by the manufacturer, the cook or the consumer, as well as sugars that are naturally present in honey, syrups, fruit juices and fruit concentrates.

Much of the sugars consumed today are “hidden” in processed foods that are not usually seen as sweets. For example, 1 tablespoon of ketchup contains around 4 grams (around 1 teaspoon) of sugars. A single can of sugar-sweetened soda contains up to 40 grams (around 10 teaspoons) of sugar.

The draft guideline was formulated based on analyses of all published scientific studies on the consumption of sugars and how that relates to excess weight gain and tooth decay in adults and children.

In Canada, the Heart and Stroke Foundation has begun a consultation process to determine if it should recommend that Canadians restrict the portion of their daily calories that come from sugar.

Health Canada does not have specific recommendations in terms of teaspoons or grams per day of sugar Canadians should consume.