What is the Impact of Using Antimicrobials on the Development of Bacterial Resistance in Periodontal Disease? 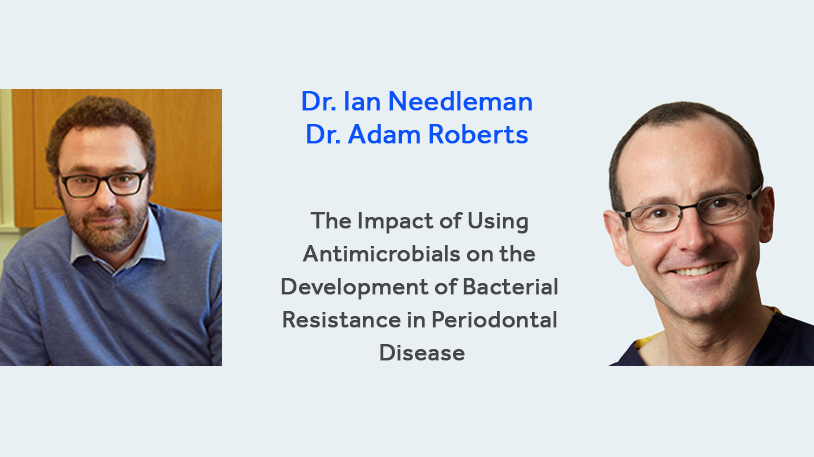 Drs. Ian Needleman and Adam Roberts spoke with Dr. Suham Alexander about the impact of antimicrobials on bacterial resistance in periodontal disease.

Antimicrobial resistance is a newsworthy item in healthcare. This is a global dilemma as bacteria are able to proliferate in the presence of antibiotics which are meant to eliminate them. Overuse, misuse and inappropriate use in farming, agriculture and healthcare has led to this phenomenon. Every single use of antibiotics increases the selective pressure wherever they are to develop resistance which can happen in an instant. Resistant phenotypes can occur whether or not an antibiotic has been used as bacteria normally evolve and produce antibiotics to compete in their own natural environments.

Antibiotic resistance, including common periodontal pathogens, has been commonly reported. Research has shown that diverse samples of human saliva taken from different populations in the world already contain bacteria that carry resistance genes to clinically important antibiotics. That is, humans contain a background level of antibiotic resistance.

Clinicians must weigh the risks and benefits of using systemic as well as locally-delivered antimicrobials before prescribing them to patients. The first choice of treatment should always involve thorough debridement and plaque control (non-surgical therapy).