“Sharing my Clinical Experience as a Periodontist” with Dr. Edy Braun 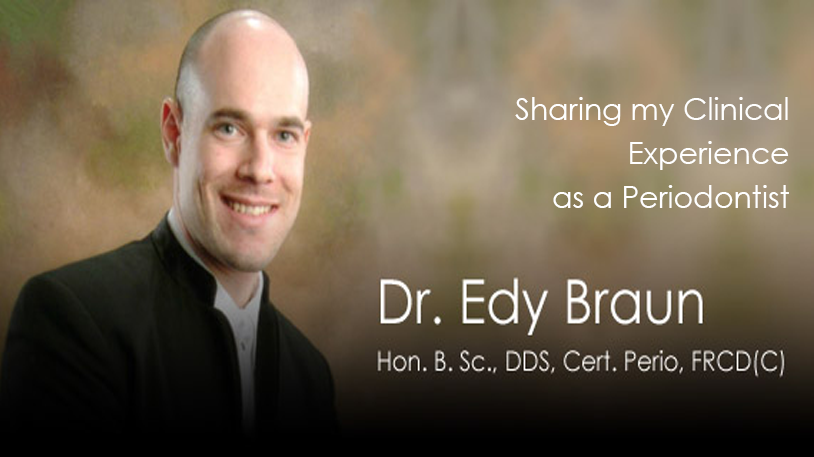 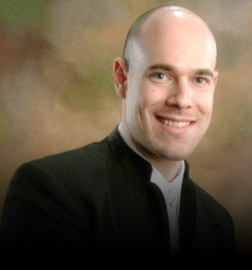 In these two videos, Dr. Edy Braun shares some clinical pearls from his practical experience as a periodontist.

Dr. Braun is a periodontist in the GTA. He graduated from the University of Toronto in 1997 with an Honours Bachelor of Science degree specializing in Molecular Genetics and Molecular Biology and  continued on at the University of Toronto’s Faculty of Dentistry to obtain his Doctorate in Dental Surgery in 2001. Later, Dr. Braun decided to broaden his international experience by continuing his education in the United States. He entered a General Practice Residency at Newark Beth Israel Medical Center in Newark, New Jersey, which was immediately followed by a Chief Residency at Albert Einstein Medical Center in Philadelphia, Pennsylvania. After these 2 hospital residencies, Dr. Braun entered the 3-year Periodontics Specialty Program at Stony Brook University, State University of New York, New York to obtain his Certificate in Periodontics in 2006. Upon returning to Canada, Dr. Braun became specialty-board certified by the Royal College of Dentists of Canada and received his Fellowship in Periodontology, F.R.C.D.(C), in 2007.

Perils and Pitfalls to Avoid for Successful Periodontal Outcomes

Like Loading...
Previous Article
Speaking of Medical Emergencies in the Dental Practice with Dr. Dan Pompa
Next Article
The 23rd iADH Congress with Dr. Timucin Ari