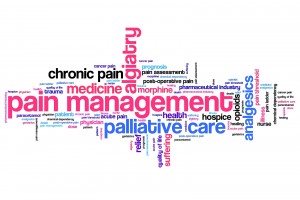 This summary is based on the article published in the Japanese Dental Science Review: Effectiveness of preemptive analgesia on postoperative pain following third molar surgery? Review of literatures (November 2013)

Surgery to remove the mandibular third molar is relatively invasive and is often associated with postoperative pain, swelling and trismus, which are frustrating for both patients and surgeons. In particular, postoperative pain increases the patient’s suffering and anxiety, and can disrupt the homeostasis of the circulatory and endocrine systems (1—3). Since it is also reported that postoperative pain can have a negative influence on wound healing, reliable and fast-onset analgesia is needed.

For the management of postoperative pain after removal of a tooth, nonsteroidal anti-inflammatory drugs (NSAIDs) are usually prescribed. However, once severe pain occurs, it can be difficult to successfully manage the pain with analgesics. Moreover, given the potential for acid NSAIDs to induce serious side effects in some patients, the type and amount of analgesic must be carefully selected (4).

To investigate the effectiveness of preemptive analgesia for the management of postoperative pain after removal of a mandibular third molar and to find more effective analgesic methods.

The effect of preemptive analgesia on postoperative pain is more likely to be seen in thoracic, abdominal and orthopedic surgery in which it is firmly established that central sensitization is due to surgical tissue damage.

In the head and neck region, preemptive analgesia effects have been investigated in surgeries involving nociceptors of a relatively large area as in the case of tumor surgery, maxillary sinus surgery and orthognathic surgery. However, reports indicating central sensitization inhibition are limited (5-7).

In order then to suppress postoperative peripheral sensitization, the, readministration of analgesics is considered more effective. Furthermore, although acid NSAIDs are, effective analgesics, the associated adverse events are of concern. Accordingly, acetaminophen (1000 mg), which, is devoid of anti-inflammatory effects but is a weak cyclooxygenase inhibitor, can be used for, preemptive analgesia administration.

Previous Article
When is it a good time to manage facial fractures? A systematic review
Next Article
Video Presentation: What is the effect of root canal therapy on peri-operative pain?