What is the epidemiology of oral health conditions in older people? 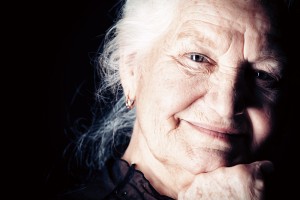 This summary is based on the article published in Gerodontology: Epidemiology of oral health conditions in older people (February 2014)

The main conditions of interest when considering the epidemiology of oral diseases among older people are tooth loss, dental caries, periodontitis, dry mouth and oral pre-cancer/cancer, along with oralhealth-related quality of life (OHRQoL).

Purpose of the Article

This article presents an overview of what is known about the epidemiology of each of the main conditions of interest among older populations.

When considering tooth loss, a distinction needs to be made between edentulism (the state of having lost all of the natural teeth) and the more common incremental loss of teeth which tends to occur throughout adult life.

The reasons for edentulism are both disease-related and societal. (1) Edentulous people have been shown to have poorer diets and associated nutrition than those with natural teeth. (2, 3) Not only are there nutritional disadvantages to being edentulous, the day-to-day lives of edentulous people may be affected – especially in relation to the domains of chewing and eating – by having no teeth or wearing poor dentures. (4, 5)

Incremental tooth loss is altogether more common than edentulism, among adults of all ages. It  is less predictable and therefore more of a prosthodontic challenge, given that its sequelae can include the drifting or over-eruption of the teeth which remain.

A number of reports have appeared in the last decade or two from prospective cohort studies of population-based samples of community-dwelling older people. (6 – 9)

Their findings showed that dental caries is active among older people, with a mean increment of about 1 surface per year (10, 11) which is similar to that observed through life until the early thirties. (12)

There are challenges in describing the occurrence of periodontitis in older people and in determining whether there have been changes over time as the indices and methods which are used have changed in recent decades. (13)

A review by Locker et al. (14) found that most older people have some experience of the disease, with moderate levels of attachment loss. A substantial minority have advanced attachment loss, but that affects relatively few sites. The study considered the issue of whether ageing per se is a risk factor for attachment loss and concluded that the available evidence supported that notion.

Recent prevalence estimates from representative samples are scarce, but it has been observed that most cases of oral cancer occur
among older people and that they are more frequent in less developed countries than developed ones. (15)

Tobacco is the most well-known risk factor and is known to exert a synergistic effect with heavy alcohol use5. Recent work has also implicated human papillomavirus (HPV) in the occurrence of oropharyngeal cancer, particularly among younger adults. (16, 17)

Risk factors for dry mouth include medication use as the most important one at the epidemiological level, with higher prevalence rates observed in those taking particular classes of medication. Prominent among those are antidepressants, respiratory agents, opiate-containing analgesics, or some cardiac or antihypertensive drugs. (18, 19)

Like Loading...
Previous Article
How successful are implants placed in sites of previously failed implants? A systematic review
Next Article
What are the effects of radiotherapy on dental hard tissue?