Conversations with CAPD: Hyperdontia in the Primary and Early Mixed Dentition

Dr. Jennifer MacLellan joins Drs. Raymond Lee and John O'Keefe in this clinical conversation about hyperdontia in the pediatric patient.

Hyperdontia, or supernumerary teeth, has been defined as "teeth in excess of the normal number."1 They may be single, multiple, unilateral, or bilateral in their distribution, occurring in the maxilla and/or the mandible, and present in both the primary and permanent dentitions, but with a predilection for the premaxilla.2

We hope you you find the  presentation informative. We always look forward to hearing your thoughts and receiving your questions and/or suggestions about this post and other topics. Leave a comment in the box below or send us your feedback by email. 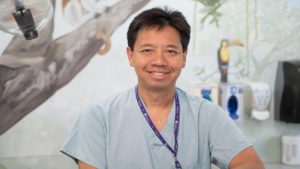 Dr. Lee has maintained a private practice and has been Adjunct Professor at the Schulich School of Medicine and Dentistry, Western University, since returning to London in 1995.   He has been the Staff Paediatric Dentist at Children’s Hospital, London Health Sciences Centre since 1997 and became Site Chief, Paediatric Dentistry at Victoria Hospital in 2008.  At the University of Toronto, Dr. Lee has been an Associate-In-Dentistry since 2002 and was Assistant Professor from 2012 to 2016.  He continues to be involved in undergraduate and post-graduate training in Paediatric Dentistry at Western University and the Program for Persons with Disabilities at Mount Sinai Hospital (Toronto). 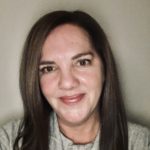 Dr. Jennifer MacLellan received her DDS degree from Dalhousie University in 1994 and practised general dentistry in Truro for eight years prior to completing her MSc and certificate in the specialty of pediatric dentistry at the University of Michigan. Since 2005, she has been a staff paediatric dentist at the IWK Health Centre and associate professor at Dalhousie University. Dr. MacLellan is an NSDA Governing Council member, vice-president of the Canadian Academy of Pediatric Dentistry, a fellow of the Royal College of Dentists of Canada, and she serves on the NDEB and American Board of Pediatric Dentistry written examination committees.

Previous Article
Celebrating 20 Years of the Brush-a-mania Program
Next Article
What is the impact of an opioid prescribing guideline for dentists in Ontario?