Lift the Lip: Uncovering the dangers of early childhood caries 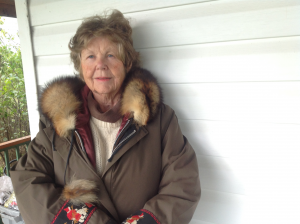 Chiraz Guessaier, CDA Oasis Manager, spoke with Dr. Olva Odlum, senior scholar in the Department of Preventive Dentistry at the University of Manitoba, about the issue of extreme early childhood caries and their link to systemic health.

Listen to the audio interview

Read the Discussions Paper: Early childhood caries: is this a simple dental problem?

The paper includes uncited references. Dr. Odlum has kindly accepted to provide these references upon request.

Dr. Olva Odlum is originally from Wales. She graduated in Dentistry from the Royal Dental Hospital in London, England. After the completion of internships in Oral Surgery and later pedodontics, she was appointed Head of the new Community Dentistry program at the University of Manitoba (1975 -1999). Her clinical practice focused on medically compromised patients in the Winnipeg Health Science Centre.

She retired from academia and was appointed as a Clinical Associate at the National Research Council’s Biodiagnostic Unit .

More recently, she has worked as a part-time clinician for Manitoba’s Aboriginal communities.