Systemic antibiotics and the risk of superinfection in peri-implantitis 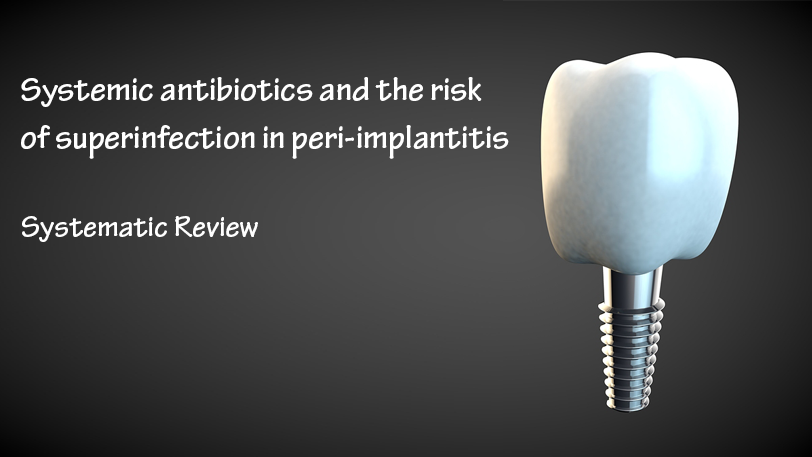 This summary is based on an article published in the Archives of Oral Biology: Systemic antibiotics and the risk of superinfection in peri-implantitis (April 2016)

To review available scientific data on the rationale and to qualitatively assess the potential risk of superinfection after systemic antimicrobials in human periimplant disease.

Previous Article
What is the impact of root canal disinfection on treatment outcomes?
Next Article
See you at the CARDP Annual Scientific Meeting in Halifax on September 8 to 10