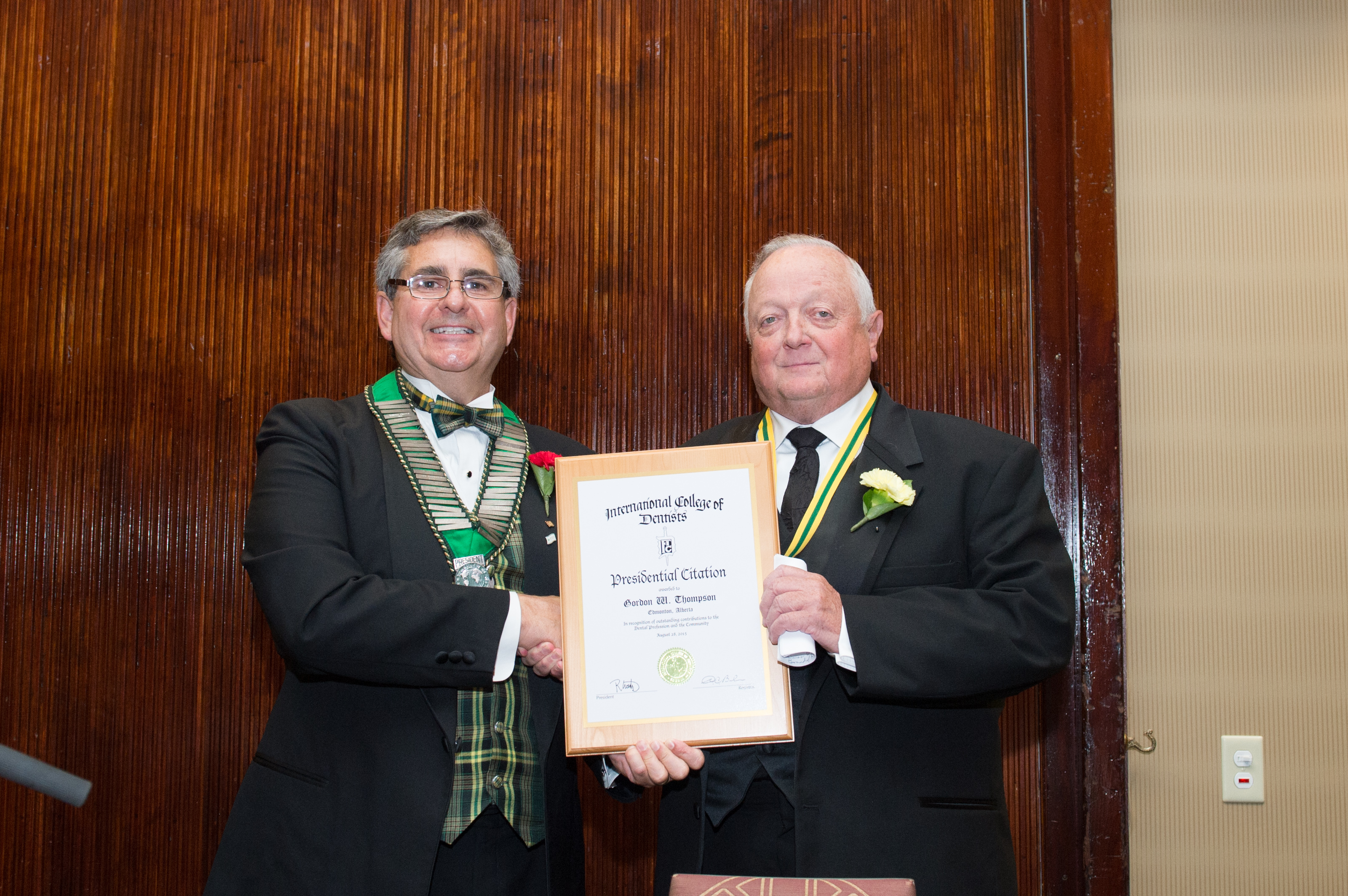 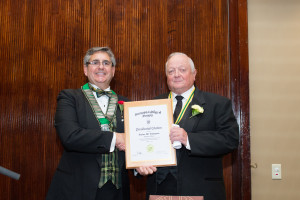 At the recent Convocation of the Canadian Section of the International College of Dentists, held in St. John’s, Newfoundland on August 28, 2015, President Randall Croutze presented Dr. Gordon Thompson with the prestigious Presidential Citation.  Dr. Thompson is a Fellow of the ICD and has served as Canadian Section President.  He was given this special recognition for his many significant contributions to Dentistry at all levels and extending over many years.

Dr. Thompson served as an oral health consultant for the World Health Organization and was Director of Dental Health Services for Alberta in addition to serving as President of numerous prominent organizations in Canadian Dentistry.  Earlier this year, he received the highest award of the Canadian Dental Association, the prestigious Medal of Honour.

Dr. Thompson has been with the Alberta Dental Association and College since 1994 and is the Executive Director and Registrar.

Previous Article
International College of Dentists holds Convocation in St. John’s
Next Article
CDA Oasis Conversations: What should you look for in a banker?