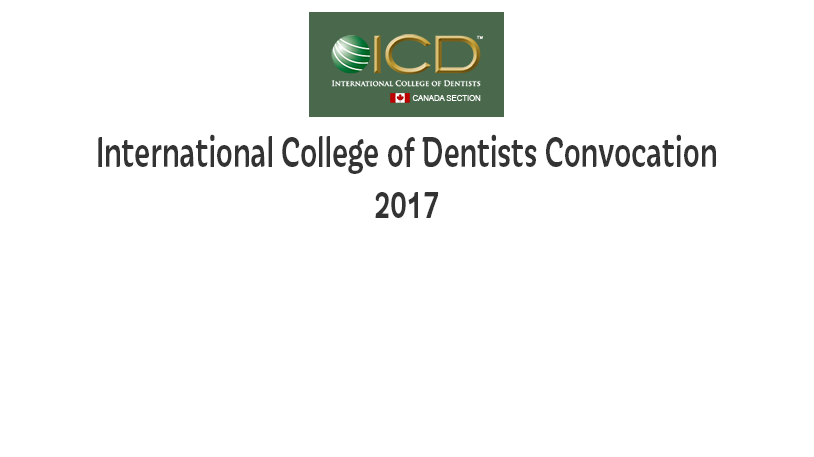 The International College of Dentists, Canadian Section held it’s Annual Meeting and Convocation in Toronto May 5-6, 2017. The College recognized 48 new Fellows from across Canada including 12 from British Columbia, 2 from Alberta, 3 from Saskatchewan, 3 from Manitoba, 25 from Ontario and 3 from Atlantic Canada. 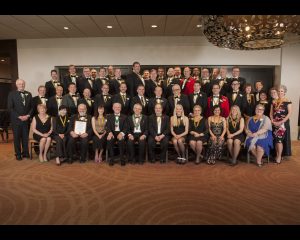 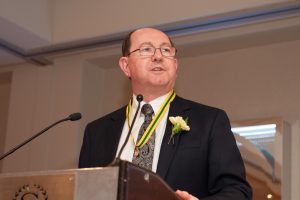 Fellow John O’Keefe is the CDA Director of Knowledge Networks, where his responsibilities include overseeing the Oasis Discussions website, CDA Essentials magazine and JCDA.ca.  He is passionate about harnessing new communication technologies to facilitate a strong sense of community in the dental profession.

He is a member of the ICD Canadian Section’s Strategic Planning Committee, the Canadian Institute for Health Research’s Partnerships and Knowledge Translation Committee, and the AboutFace Board where he is Chair-Elect.  AboutFace is an advocacy group for persons with facial difference.  He is also Chair of the Board for the Organization for Safety, Asepsis and Prevention.  Dr. O’Keefe holds Honorary Fellowships granted by numerous dental bodies. 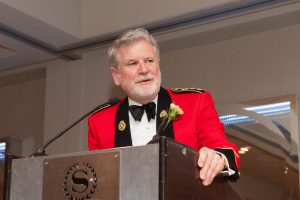 Since his appointment as Executive Director of the Canadian Dental Association in 2008, Claude Paul Boivin has taken every opportunity to promote the dental profession within and outside the oral health community.  His appointment as Honorary Colonel of 1 Dental Unit of the Royal Canadian Dental Corps placed him in a unique position to further strengthen the collaboration between the Corps and the dental profession.  Claude Paul has given the dental profession enhanced visibility in a number of national non-dental organizations in which he has held leadership positions, such as the Canadian Society of Association Executives, the Government Relations Institute of Canada and the Alumni of the International Development Research Centre.