The future of dental radiology 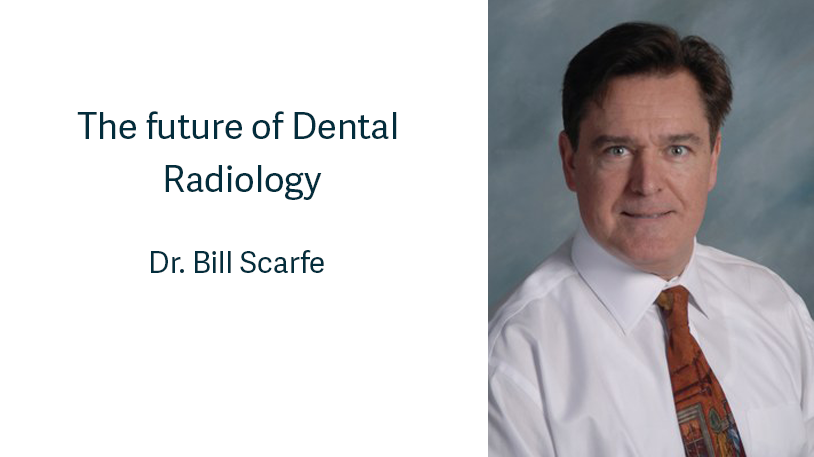 Dr. Bill Scarfe spoke with Dr. John O’Keefe about what he sees the future of dental radiology.

Dr. Scarfe is a Diplomate of the American Board of Oral and Maxillofacial Radiology and registered as a Specialist Oral and Maxillofacial Radiologist in the Commonwealth of Kentucky. He is a Fellow of the Royal Australasian College of Dental Surgeons, a Fellow of the International Team for Implantology (ITI) and current Scientific Editor of the Oral Radiology Section of Oral Surgery, Oral Pathology, Oral Medicine and, Oral Radiology. He has served as the Treasurer of the American Academy of Oral and Maxillofacial Radiology and Vice President of the International Association of Dento-Maxillofacial Radiology. Dr. Scarfe has published extensively on cone beam computed tomography (CBCT) including recent consensus statements on general and specific use guidelines and discipline specific applications of cone beam computed tomography. He co-authored two chapters on CBCT in the 7th edition of the standard dental undergraduate textbook  Oral Radiology: Principles and Interpretation by White and Pharoah. He has presented internationally as well as nationally and is active in research on the clinical applications of CBCT imaging. He is co-Director of a University-based intramural private practice in CBCT imaging since 2004.

Like Loading...
Previous Article
Do you believe in the future?
Next Article
News Bites from CDA Knowledge Networks – 2016/06/22