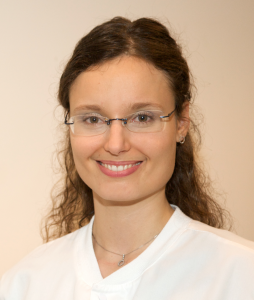 This question was submitted by a general dentist:  Are more conservative root canal preparations and smaller tapered files better in preserving tooth structure during endo?

The trend seems to be shifting from large tapers(0.8.0.6) occlusally, plus large size files(30, 35) in order to facilitate access of irrigants and flushing into the depths back to keeping the canals narrow in order to preserve tooth structure and prevent fractures etc.  Do please advise.

It has been suggested that smaller access preparations and smaller tapered rotary files allow for more conservative endodontic access and shaping of canals. It is crucial that clinicians understand the anatomical variations in root morphology when cleaning, shaping and obturating root canal systems, in order to preserve tooth structure.

The emerging rationale for preparing canals to a smaller taper is to preserve peri-cervical dentin (PCD), which, as defined by Clark and Khademi1, is 4mm above and 6mm below the CEJ of all teeth.  PCD is the most common site of diagnosed root fracture. Preservation of the PCD is accomplished by avoiding the use of round burs and Gates Glidden burs when accessing teeth and enlarging orifices. Clark and Khademi promote the use of Endoguide burs (SS white) for access and orifice enlargement for dentinal conservation and advocate creating access without completely removing the roof of the pulp chamber.

Most second generation nickel titanium (NiTi) rotary instruments and newer systems have increasing or decreasing percentage tapers along one file; thus “occlusal tapers” cannot be defined as simply 0.8 or 0.6, as with the constant tapered first generation file.9 In fact, the typical orifice shaper which is intended to replace Gates Glidden, such as the popular SX (Protaper Universal system) has nine increasingly larger tapers from 3.5% to 19% which are incorporated into the file. However, with a tip size (D0) of 0.19 mm, the maximum diameter of this instrument is 1.2 mm.

In an effort to preserve PCD, Clark and Khademi encourage the use of V-Taper rotary NiTi variable taper files due to their smaller diameter (<1 mm) mid-canal shaft size. The smaller mid-canal shaft size of these rotary files are thought to play an important role in avoiding the mid-root weakening of ovoid and smaller roots. The system is comprised of 3 NiTi files and an orifice opener is not included. Other NiTi rotary systems, such as the WaveOne, are available with regressing tapers from their tip. The WaveOne primary file, for instance, has an 8% taper in the last 3 mm but only a 5.5% taper in the coronal area. If a #10 file moves apically to length and is loose, then the Waveone primary should be the only rotary needed to complete cleaning and shaping using a reciprocating motion.6

However, a certain degree of canal anatomy is still critical. Khademi et al1 found that the minimal instrumentation of size 30 file (0.06 taper) was needed to effectively remove debris and the smear layer from the apical third of canals. Moreover, Boutsioukis et al5 found a 30-gauge, side-vented needle needs to be placed at 1 mm from working length in a canal with a 6% taper and 0.45 mm (size # 45) apical diameter in order to get adequate irrigant placement at working length.

Maintenance of critical peri-cervical dentin may be key in reducing catastrophic fractures in endodontically treated teeth. Smaller tapers are favoured in calcified and curved canals or in varying canal morphology such as the delicate canal system of a bifurcated maxillary first premolar. However, conservative preparations should not take precedent over the necessary access required to properly locate, access, debride and obturate the canal system.4

The following radiographs illustrate a case in which a root canal was performed on tooth 41 and the sequelae following treatment.