Could Cytisine be the next smoking cessation alternative? 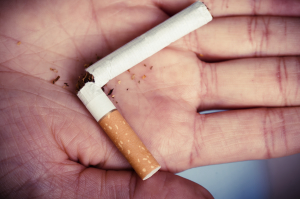 This summary is based on the article published in the New England Journal of Medicine: Cystine versus Nicotine for Smoking Cessation (December 2014)

The authors investigated whether cytisine was at least as effective as nicotine-replacement therapy in helping smokers to quit.

When combined with brief behavioral support, cytisine was found to be superior to nicotine-replacement therapy in helping smokers quit smoking, but it was associated with a higher frequency of self-reported adverse events, including nausea and vomiting and sleep disorders.