Our thanks go to members of the Royal Canadian Dental Corps (RCDC) who authored this post.

November is Veteran’s month and a time to remember Canada’s soldiers, sailors and air personnel, and reflect upon their deeds and sacrifices made on behalf of all Canadians. 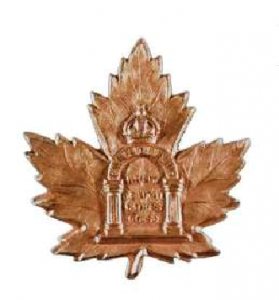 The Royal Canadian Dental Corps (RCDC) has had a long and proud history of serving those in uniform. Its beginnings can be traced back to the Boer War in South Africa from 1899 to 1902 when, for the first time, Canadian dental surgeons operated in a theatre of war. Doctor David Henry Baird of Ottawa and Doctor Eugene Lemieux of Montreal belonged to the Canadian Army Medical Corps but had no Army status. They accompanied the Canadian Troops in operations in the Transvaal, the Orange River Colony and the Cape Colony. The great number of soldiers who presented with debilitating dental emergencies established the fact that dental services in the field were indispensable. The Canadian Dental Association then successfully pressed the government of Canada to form a dental staff as a distinct branch of the medical service. This effort met with success, and saw the establishment of 18 Dental Surgeons in the Canadian Army Medical Corps. Among the first Dental Surgeons to be appointed were the Boer War veterans, and now honorary Lieutenants, Doctors Baird and Lemieux.

As the 100 year anniversary of the World War 1 approaches, it is also interesting to note the significant contribution of both uniformed and civilian dentists to the wartime effort. As World War I began, many recruits were rejected for dental reasons. There were only 26 military dentists attached to various medical units and they could not cope with the demand for dental care. As a result, civilian dentists were asked to volunteer their services and much of the treatment was done by private practitioners. On 13 May 1915, General Order No 63 authorized the Canadian Army Dental Corps (CADC) as a separate corps under administrative and professional control of the Director of Medical Services. Canadian Dental Officers were attached to the field ambulances and did wonders in the forward area, being seen as a valued asset by Army commanders. A British Army consultant, Sir Cuthbert Wallace, stated in 1918 that, “the Canadians had a very perfect dental organization” and suggested that the British service copy the Canadian model which enabled them to provide advanced treatment in the forward areas. 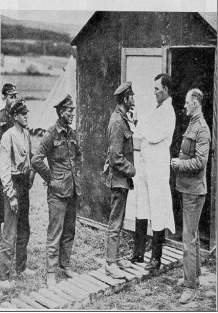 The RCDC will be celebrating its centennial on May 13th, 2015 and Canada’s military dental service is continuing its support of soldiers, sailors and air personnel who have selflessly dedicated themselves to service of Canada at home and abroad. The Canadian Dental Association will be fully engaged in the RCDC Centennial activities, reflective of the CDA’s role in the establishment of the RCDC, and the close partnership that has existed since.

Like Loading...
Previous Article
How do American dentists perceive leadership in their profession?
Next Article
Are local anesthetics still controversial for patients taking oral anticoagulants?